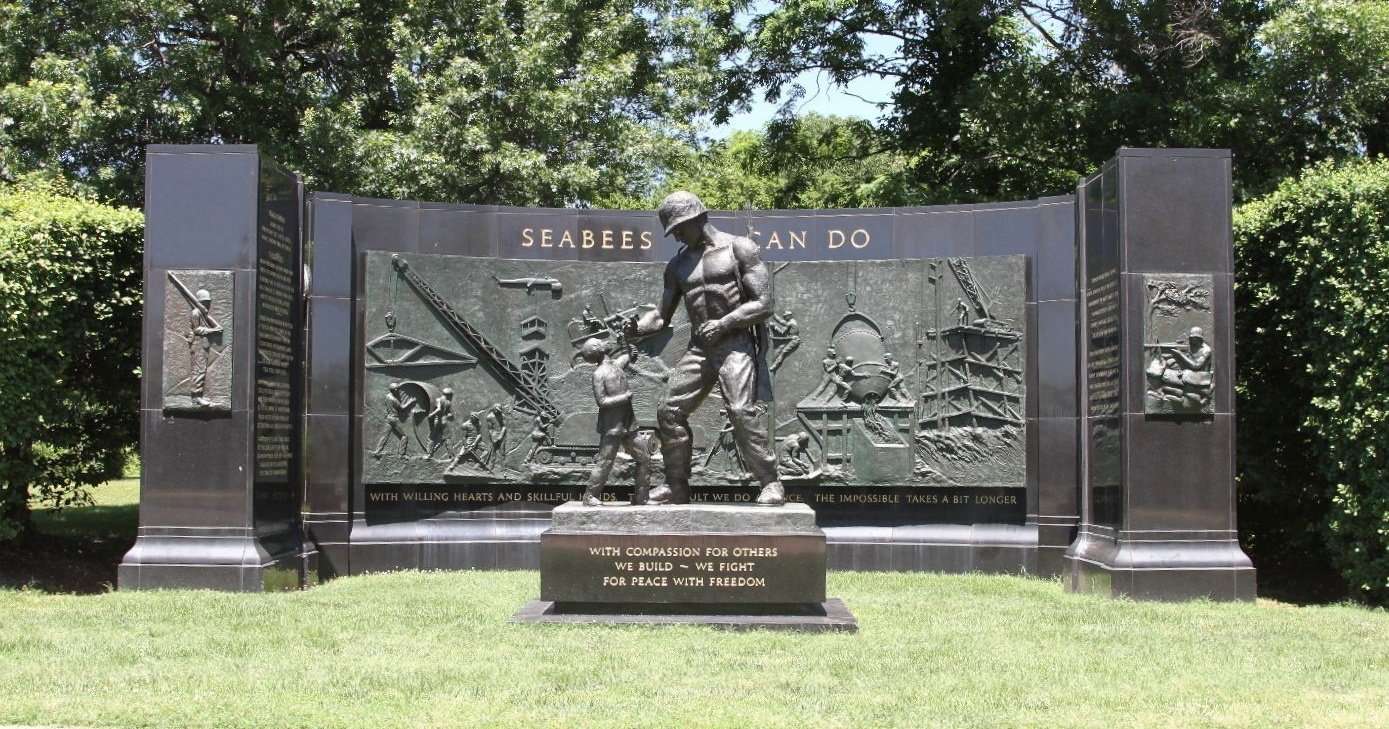 (Adapted from original story in tctmagazine.com)

US company, API, have conducted a 3D scan of a Navy monument in Virginia.

The Seabee Memorial Scholarship Association constructed the monument in 1970 to remember those who served in Naval Construction Battalions. The memorial is currently installed in the George Washington Memorial Parkway.

Felix de Weldon, a famous sculptor, designed the dark brown marble memorial with bronze figures and a bronze back wall. Prior to his sculpting work, de Weldon enlisted in the US Navy during World War Two.

The monument remains in good condition, but the 3D scan will mean a back-up statue is available should one ever be needed. It will also allow for the creation of mini replicas. Meanwhile, a local university wishes to 3D print a model of the monument for the Seabee Historical Foundation.

Ken Bingham, former Seabee and now volunteer with the Seabee Historical Foundation lauded the project and stressed the importance of preserving the 46-year-old monument.

He said: “This project has been on my mind for a long time – to get a replica of this for the (Seabee) museum so we can distribute to donors and sell it in the store – it’s a really good project. It’s really important that we preserve this. This monument encompasses everything about the Seabees. ‘Can do, can build, can fight.’ ”

The Seabee Historical Foundation began in 1991 with Former Navy civil engineer, Rear Admiral David J. Nash. At the time, Admiral Nash was the commanding officer of the Construction Battalion Centre. Noticing the Seabee Museum was in decline, Admiral Nash, with the help of retired Seabees – a colloquial term for members of the Naval Mobile Construction Battalion, or CB for short – to set up the foundation. Raising $12 million, the museum was reinvigorated. The foundation is now is now in the process of raising money to finish out the exhibits.

Admiral Nash said: “We’ve got temporary exhibits in there now but we’re adding to it. We’re working hard to try to keep the Seabee heritage alive so that young people can come and see it.”

He also commented on the importance of the Seabee Memorial, describing it as a ‘grounding’ for his fellow Seabees.

Admiral Nash continued: “Every year around the Seabee birthday, which we say is in the first week of March, we all come out to celebrate the history of the Seabees.”