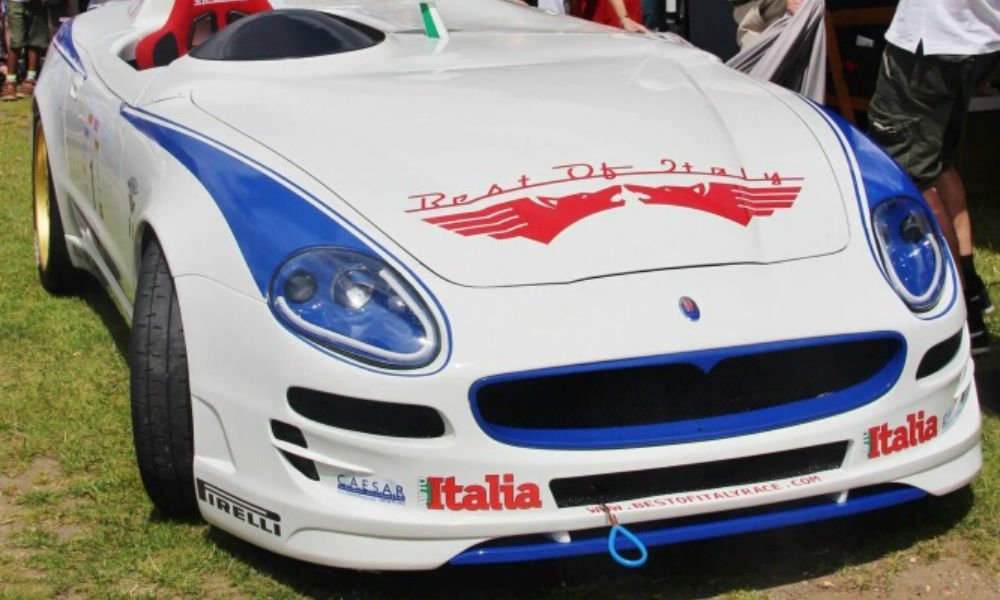 It’s not often that you get a call to help create a unique car for a former supermodel, but that was the case for the PES Scanning team this summer.

Last weekend the quiet Italian town of Castell’Arquato, south of Milan was transformed as the cream of Italian supercars and motorbikes, plus 500 top cyclists took part in the inaugural Best of Italy Festival 2016.

Maserati brand ambassador Jodie Kidd required something a little bit different to race up the hill climb at the festival and a plan was born to convert a Maserati 4200 road car into a replica of the famous 320S monoposto concept car that was displayed by the company at the 2001 Geneva Motor Show.

The PES Scanning team, located at the Advanced Manufacturing Park (AMP) in Sheffield, were approached by their contacts at GT Forte Ltd to undertake a detailed 3D scan of the upper surfaces of the car’s bodywork. The original 320S was designed to a ‘barchetta’ style, with a small windscreen in front of the driver, and a visible roll-over bar with aerodynamic fairing in the rear. The passenger side was closed and faired, without a seat.

The GT Forte team used the scan data collected by the PES engineers as a basis for designing the closed passenger section and the aerodynamic fairing for the new car. Once the finished parts were created, they were fitted to the car and spray painted with the rest of the vehicle.

As Dan Fleetcroft, PES engineering design director explains; “We’ve known the team at GT Forte for a number of years through our work in motorsport, but it’s the first time we’ve worked on a project for a supermodel.

“Our 3D optical scanning equipment enabled a highly detailed scan of the car’s upper bodywork to be carried out very quickly. This was important so that the new aerodynamic components could be manufactured by GT Forte to fit as close to the original body as possible; necessary both for the look of the car and to eliminate panel gaps that could be problematic when the car is at speed.”

Only four weeks after the project was commissioned, the completed car was unveiled at the Brooklands Museum by Ms Kidd, who drove the car at last weekend’s Festival.