3D scanning used in the production of custom motorcycles 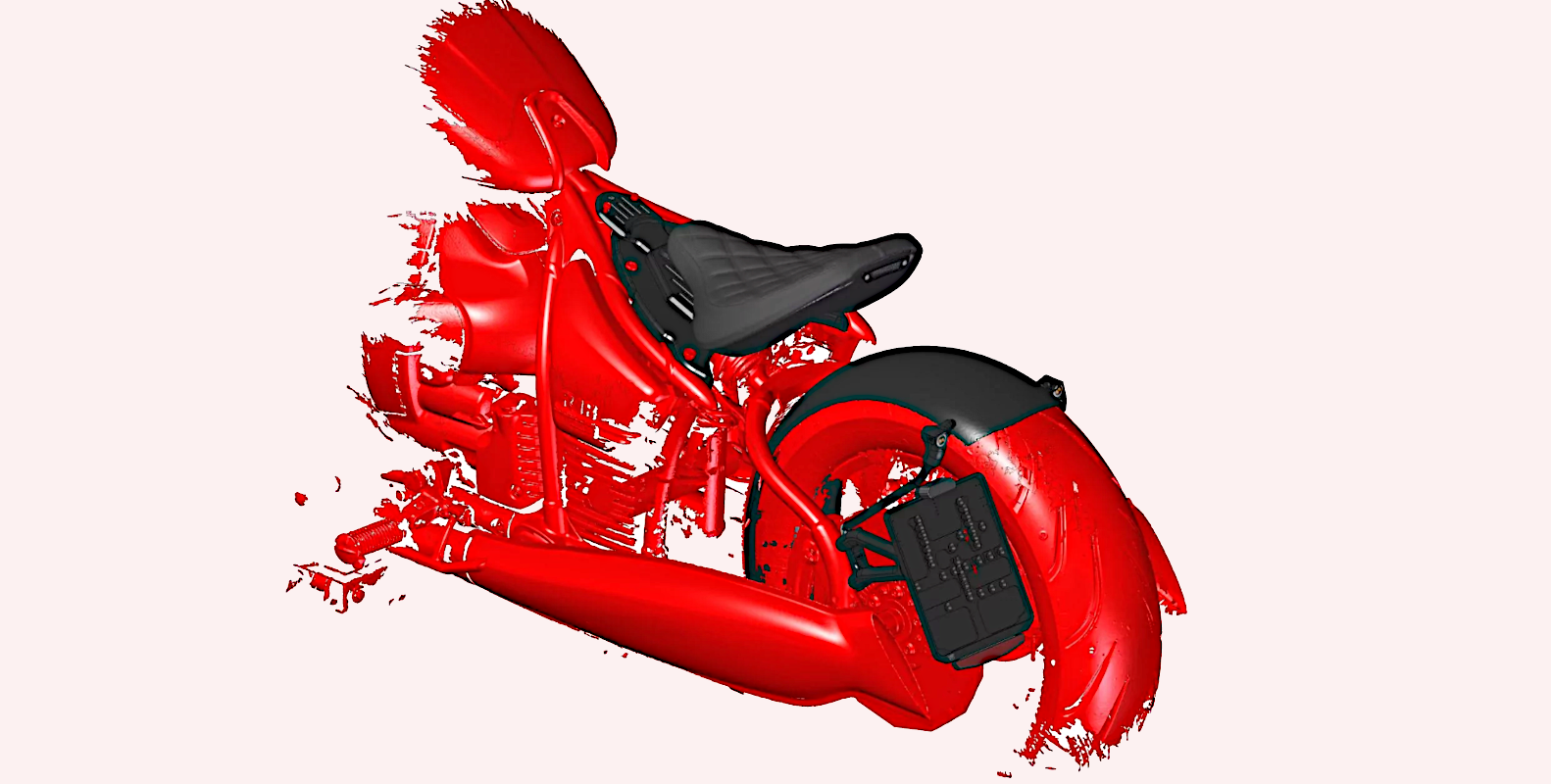 ABM Fahrzeugtechnik GmbH has been developing high-quality accessories for motorcycles such as Harley-Davidson, Triumph, Indian, Victory and others for over 30 years. Their focus is on ergonomics, modern technology and German safety standards.

The motorcycle was first 3D scanned completely and then once again without the original parts. Of particular note was the exact position of the attachment points on the frame and the swing arm where the parts developed by ABM would later be mounted. Thread positions and hole spacing had to be precisely captured.

The scan data was then exported into a CAD design programme and used as a basis for the redesign. The prefabricated replacement fender was also scanned and placed in the CAD assembly, and the struts and adapters were designed in CAD before 3D printed prototypes were produced to be checked.

The position of the free-standing seat was optimally aligned in CAD, and after the printed parts had been checked, production of the prototype parts could begin immediately.

Before 3D scanning was used, it often took the ABM team a long time to record all the data and to measure and document components, which meant the customer’s vehicle had to stay on site for a long time. Measurements were made manually using callipers and measuring tapes. The procedure was extremely lengthy, and the measurement results could sometimes be inaccurate, meaning that subsequent work on the model may have had to be performed repeatedly before it was correct.

Using 3D scanning data is quickly recorded and documented, and new components can often be prepared and printed digitally. All that is required is to have the customer vehicle in-house again for assembly and testing of the printed or manufactured parts. By and large, the development process up to the finished product is significantly shortened, which saves time and money.

Another advantage is that the archived scan data can be used for further developments at any time without the vehicle having to be physically present.