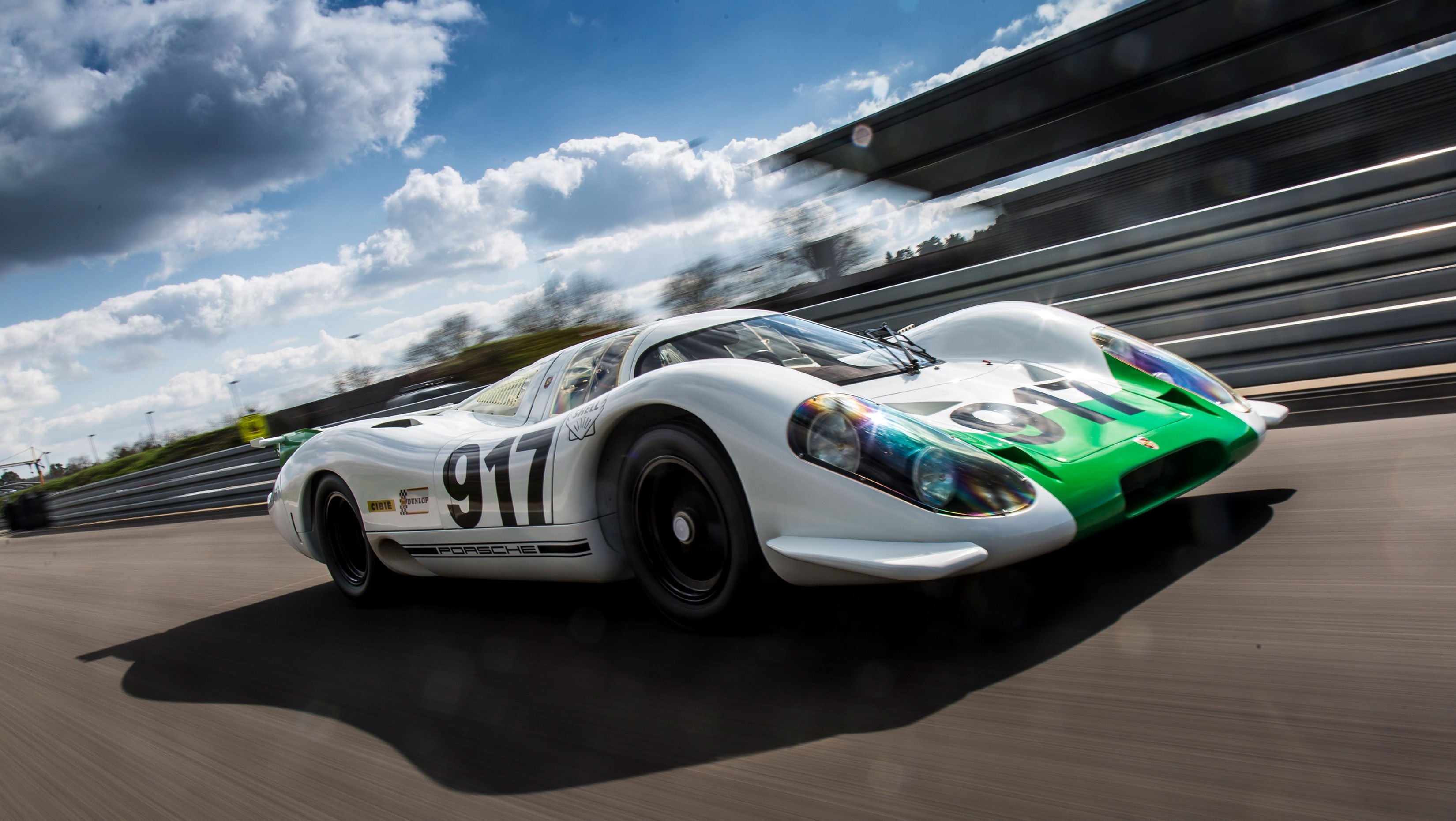 In preparation for the forthcoming “50 years of the 917” anniversary event, the Porsche Museum decided to restore the original longtail 917 (designated 917-001) back to how it looked on its original appearance at the 1969 Geneva Auto Show.

In September 1970, after Porsche’s victory at Le Mans, the 917-001 was converted into the winning 1970s short-tail version. Various modifications were made before the car was exhibited at the Paris Motor Show, and eventually became a permanent feature of the Porsche Museum’s collection.

Restoration of the 917-001 to its original condition

A first technical assessment showed that there was a great deal of work required to restore the 917-001 to its original condition. Although the conversion to a short-tail version involved shortening the rear, the car is still equipped with its original aluminium frame. The modifications necessitated construction of a new rear frame, and a body with a detachable long-tail section made from fibreglass polyester laminate was manufactured. The rear-axle kinematic lever system for both rear air flaps also required restoration to the 1969 specification.

The roof section with windscreen, window frames, doors and door frames were still in an original condition so did not need to be changed. Even the twin fuel tanks were still usable, as they featured the recess necessary to accommodate the exhaust system and were still in the same condition as in 1969. Experts from the Porsche Museum completely dismantled the 917-001 in February 2018.

As far as possible, original materials and parts were preserved when restoring the 917-001 to its original condition. The car’s assembled body frame was 3D scanned, and new CAD data was created by reverse engineering this scan data, alongside information from the original drawings.

This was used to cut the tooling moulds required to construct the new body parts with absolute precision. The new body panels were created from a polyester laminate to ensure that they were as authentic as possible.

The reconstructed front section of the 1969 version were a precise fit and were attached to the frame and the remaining centre section of the body. The rear frame was adjusted while both fuel tanks were adapted to fit the inner mechanics.

Manufacturing air flaps and their mounts in accordance with original drawings

The rear hood, attachable long-tail section (the “backpack”) and front and rear air flaps were then manufactured. The original construction drawings from the Porsche Museum’s archive were used as a reference for almost all the parts that need to be reproduced.

All the body parts and the assembled frame were carefully sanded, smoothed out with filler and painted white. Finally, the front of the vehicle was adorned with the green “Geneva nose”; plus, the Porsche emblems and the 917 logos were added.

Specialist mechanics worked to complete the restoration of the very first Porsche 917 on time, for its debut at the Retro Classics event, Stuttgart in March 2019.

See the full story of the restoration on the Porsche website.