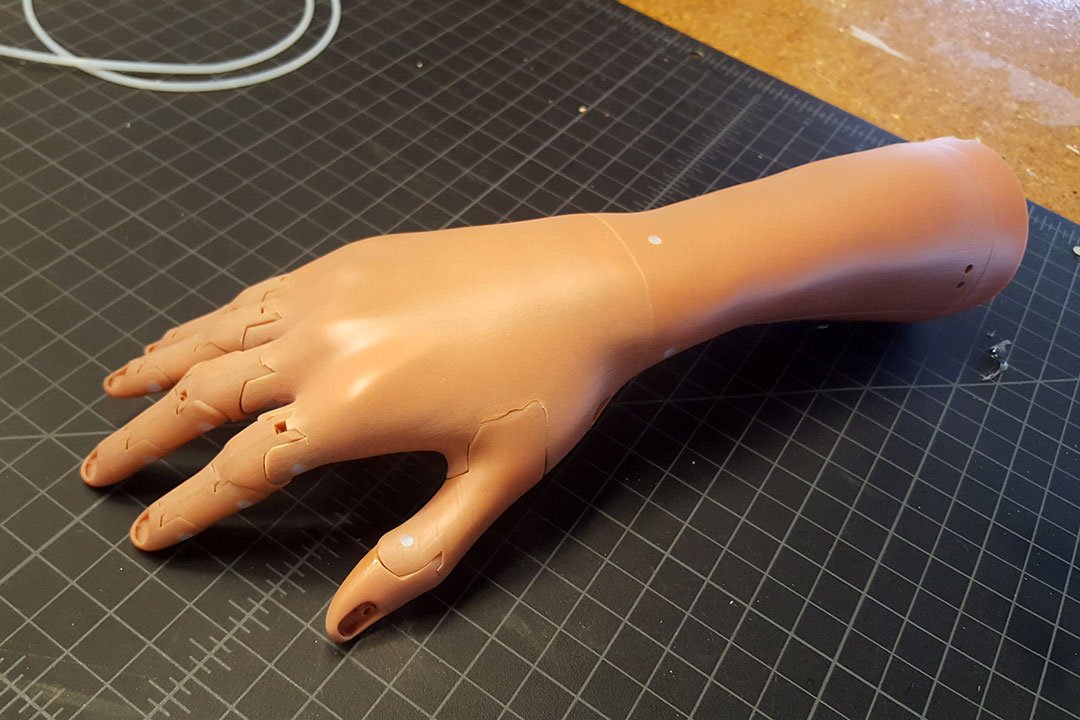 In Guatemala, a hospital is using 3D scanning technology to create templates for prosthetics. The affordable process makes access to 3D-printed limbs possible.

Making a very simple medical prosthetic arm can cost $1,000 for the materials alone. But 3D scanning and printing can shrink the cost to as little as $4. In Guatemala, where some families might earn $50 in a month, one hospital is now using digital tech and other techniques to make prosthetics accessible for patients who couldn’t have afforded them in the past.

When the hospital opened in 2006, new digital technology existed but wasn’t yet feasible to use. “A ‘portable’ scanner that took up your whole suitcase would be about $50,000,” says Brent Wright, a U.S.-based prosthetist and orthotist who travels to Guatemala twice a year to work at the hospital. “It just didn’t make financial sense.” Now, the costs are low enough that he can carry a handheld 3D scanner, 3D printers, and materials for printing.

Creating a typical prosthetic is a labour-intensive process that involves making a cast, sanding it down, detailed measurements, and heating plastic in an oven to create a mould that must be vacuum-sealed. This “test socket” is used in fittings before a final prosthetic is made from carbon fibre or another material.

The digital process is faster. After making a cast of the patient’s affected limb and 3D scanning the cast, the technician has a digital file that can be sent to a 3D printer and produced. Because the file can be sent remotely, it also enables people to work in areas where 3D printers aren’t available.

A non-profit called LifeNabled that launched out of the hospital now wants to train more people to take scans locally, and then send the files to printers elsewhere. LifeNabled wants to train people throughout other parts of the developing world. “Across the world, I think the last count was 30 million amputees that don’t have access to prosthetics,” Wright says.

The hospital currently uses 3D scanning and printing for prosthetic arms. To date, the team has tried used affordable variations on traditional fabrication methods to make prosthetic legs, which have to be stronger to bear weight, but with little success. However, a new 3D printer will make it technically possible to 3D-print legs in the future as well.

This is an excerpt from an article on www.fastcompany.com . The full article can be seen here.